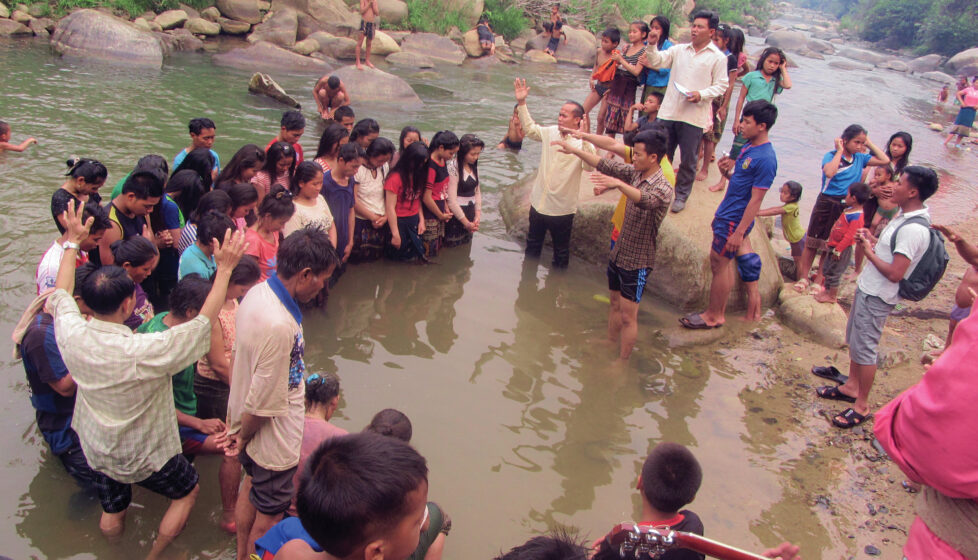 The lives of the Khab family changed dramatically when they placed their faith in Christ. They no longer feared the gods and evil spirits that others in their small Laotian village tried to appease, and their newfound freedom was obvious to the other Hmong villagers. Soon, two other families turned to faith in Christ.

Village leaders, however, were nervous about the “foreign religion” taking root among them. They worried that it would anger their gods, causing crops to fail or bringing other calamities on the village. After agreeing that they had to take action, the leaders demanded that the three Christian families renounce their faith. When the families refused, they were expelled from the village and forced to move into tarp tents in a rice field.

When three other families witnessed their strong faith, they, too, placed their trust in Christ, bringing the Christian community in the rice field to a total of six families composed of 32 individuals. They are not permitted to leave the field unless a leader from another village allows them into their village.

One day, a family from the Khmu tribe noticed their tent camp and asked them why they were living in a rice field. The exiled Hmong explained what had happened and shared the gospel with the Khmu family, who later also came to know Christ.

Throughout Southeast Asia, new Christians among the region’s numerous tribal groups are ostracized and exiled when they turn away from the predominant animistic religion and place their faith in Christ. But God continues to use these exiles to spread the hope of the gospel.