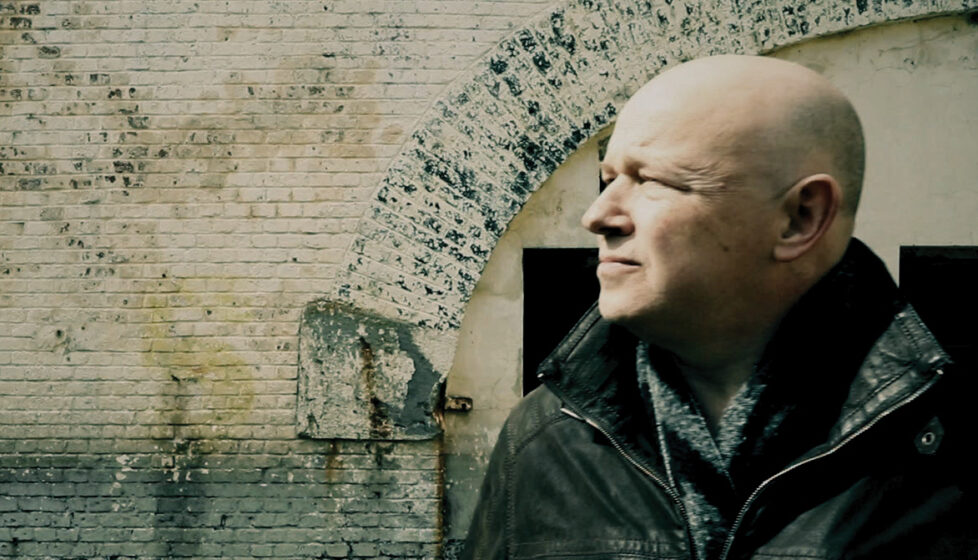 Hassan’s appearance at a pastor’s conference in Addis Ababa, Ethiopia, was his response to what he believed was God’s call for him to focus on persecution. In fact, just months earlier, he had turned down a second term as Secretary-General of the Sudan Church of Christ so he could help prepare churches for persecution at a more grassroots level.

During the November 2015 conference in Ethiopia, he told pastors about the increasing persecution his eight congregations were facing in Sudan. Among those in the audience during Hassan’s presentation was Petr Jasek, a Czech national who served as VOM’s Regional Director for Africa at the time.

Petr was especially moved by a photograph Hassan showed of a young Christian man who had been injured during a demonstration. Weeks later, Petr traveled to Khartoum to meet the injured man and arrange to help cover his medical expenses. After a four-day visit, Petr prepared to leave the country.

That’s when Hassan experienced what he considers one of the greatest blessings of his life. “Petr was arrested at the airport,” Hassan said, “and then, through investigations, they discovered that he had visited me and other people. That is why they arrested me.”

The Price of Faith

Sudanese authorities entered Hassan’s home at 11 a.m. on Dec. 18, 2015. They confiscated laptops, passports and books on persecution, including one titled Standing Firm in the Storms, before escorting him from his house. His wife and five children were frozen with fear as they watched authorities force him into a waiting vehicle. Though Hassan didn’t know it, Petr and the Rev. Kuwa Shamal, who had also spoken at the conference in Ethiopia, had already been arrested. And soon, Abdulmonem Abdumawla, who had been collecting funds to help the injured man whom Petr had met, would be joining them.

Police interrogated all four men that night at the police station, pointedly questioning Hassan about his relationship with Petr, the conference in Ethiopia and how they had worked together to help the young man in Khartoum.

The men were then taken to a prison operated by the National Intelligence Service of Sudan (NISS) and placed in separate cells. Two weeks after arriving at the prison, they faced further interrogation. Realizing he wasn’t likely to be released soon, Hassan gradually began to see a larger purpose for his detainment.

“I used to travel to churches in other cities to prepare them for persecution and to talk about that book [the officers] took from me,” he said. “I was preparing the church, but I was also preparing myself for this time. I was not sad that I was in prison. This is the church, and this is the price of our faith.”

Since the 1970s, Sudan’s Sunni-dominated government has systematically intimidated, arrested, imprisoned and tortured Christians. Short-term detentions are an increasingly common form of harassment.

Hassan said the NISS prison was the worst of the five prisons in which he was held. He slept on the floor of a tiny cell with a small window, through which he could see nothing but sky. He felt cold and completely alone.

Still, as a Sudanese man, Hassan was granted more respect than Petr, who endured regular beatings in the cell he shared with sympathizers of the self-proclaimed Islamic State. A few inmates threatened Hassan, too, simply because of his ties to Petr.

The hardest part of imprisonment for Hassan was the inability to communicate with his family. He wanted them to know he was alive, and they had, in fact, heard rumors that he had died in prison.

In the end, all the suffering Hassan faced helped him trust in God’s will and find an ever-growing peace in Jesus Christ.

In the spring of 2016, authorities moved Hassan and the other three men to another prison, where they were reunited and unexpectedly granted more religious freedom and better treatment. In this prison and two others, they were allowed to read the Bible, share the gospel with other inmates and even attend church services inside the prison.

“We were busy,” Hassan said. “Me, Petr and Pastor Kuwa used to preach every day.”

Some of those they preached to were hardened criminals, and occasionally one would be taken away to be hanged for murder.

“We used to prepare them, pray with them and encourage them,” Hassan said.

In one of the prisons where they were held, Hassan, Kuwa and Petr led church services for 300 inmates. They were told repeatedly that the prison had never experienced such a hunger for God’s Word and such a strong fellowship among prisoners.

Hassan will never forget the day, after five months in prison, when he finally got to see his family. When he returned to his cell following a court appearance, his wife and mother were sitting on his bed waiting for him.

“When my wife saw me, she just ran and jumped on me and was crying,” he said.

After that day, Hassan’s wife was able to visit him regularly. At first the visits were limited to 20 minutes, but they later increased to 45 minutes. Hassan thanked God for each minute spent with his wife. Throughout his imprisonment, VOM and his local church helped support Hassan’s family.

In August 2016, the Sudanese government formally, but falsely, charged the men with several crimes, including espionage and conspiring against the state. Hassan and the other men faced a potential death penalty or life imprisonment.

Although subjected to a series of exhausting court appearances, all four men were continually encouraged in a variety of ways. They knew VOM supporters were praying for them, and they also knew people were working for their release. Then the hymns began. On days when a court hearing was scheduled, Sudanese believers gathered along the road outside the courthouse, singing and worshiping together. Even though the court doors and windows were closed, those inside could hear them lifting praise to God and encouraging their brothers inside.

“I thank God so much because this is time that people hear [the worship songs],” Hassan said. “It was really amazing. I thank God for that.”

In January 2017, Kuwa was released from prison due to lack of evidence against him. He had spent more than a year in prison even though he wasn’t even in Sudan during Petr’s visit. Following a lengthy trial, Hassan and Abdulmonem were sentenced to 12 years each for helping Petr provide aid to the injured Sudanese Christian. Petr received a life sentence, the equivalent of 20 years, on convictions of spying and conducting humanitarian work without a permit, among other charges.

After serving 445 days in prison, Petr was granted a presidential pardon and released on Feb. 26. Two months later, on May 11, Hassan and Abdulmonem were also released.

Upon his release, Hassan was warned that authorities would continue to monitor his activities. Knowing this would put further strain on his family and draw additional scrutiny to the church, he decided to leave Sudan.

Hassan and his family, as well as Abdulmonem, live in a town in the eastern United States, where they await the decision on their asylum requests and consider what God has planned for them next.

The transition to a new culture and way of life has been difficult for his children, ages 7 to 20, but overall the family is grateful. Their local church has helped them make the transition, and VOM has helped with some specific expenses.

Hassan remains in contact with his congregations, which are still active despite being targeted by the government. “Most of them are happy that I am here because they were worried when I was in Sudan that something would happen to me,” he said.

Looking back on the entire experience, Hassan said he has nothing but gratitude in his heart. He wouldn’t change a thing. He wouldn’t even cut one day off his time in prison.

“I realized that God loves me so much, He gave me this privilege to share one of His hard times,” he said. “Really, I thank God for that time. It was a blessing for me, and I believe it is a blessing for the church in Sudan.”