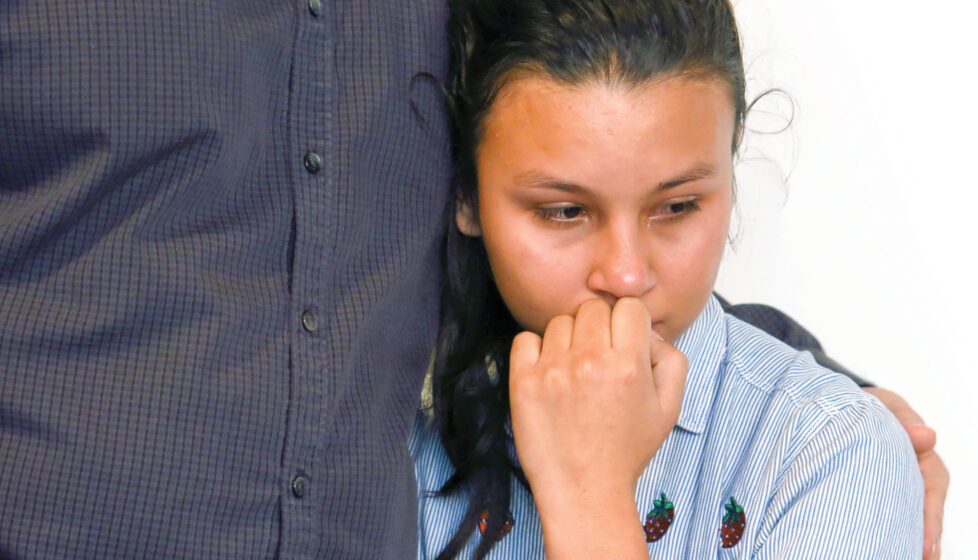 Liliana struggled with faith after her father’s murder by Marxist guerrillas in Colombia, but God provided healing and is leading her to use her testimony to help people in another war-torn country.

Liliana didn’t choose to grow up in Colombia’s treacherous frontier region, where Christians sometimes receive death threats just for attending church. And she didn’t choose to watch her family’s faith erode in a torrent of grief after her father’s murder. But she sees now that God used these trials and setbacks to direct His purpose for her life. And for Liliana, with that purpose came redemption and healing.

Liliana’s parents, Amelo and Christina, moved to one of Colombia’s most treacherous areas to serve as church planters before Liliana was born. They were sent to pastor a church in the notoriously dangerous region along the Colombia-Venezuela border, where the Colombian military struggled to suppress a guerrilla insurgency by the Armed Revolutionary Forces of Colombia (FARC).

The FARC funded its rebel activities in part with cash from Colombia’s lucrative cocaine trade. And in response, drug lords formed right-wing paramilitary groups to counter the FARC’s incursions into their drug-trafficking monopoly, forming a third front in the chaos of Colombian violence.

Although their work was very dangerous, Christina and Amelo had a clear conviction of their calling. “We would always say, ‘We do not fear what man can do with us; we fear the Lord,’” Christina said.

The FARC opposed their ministry work, knowing that young people who came to know Christ tended to abandon their guerrilla movement or never join in the first place. Members of the FARC threw rocks on the church’s roof during services, threatened the couple repeatedly and even ordered them to stop meeting as a church.

“One day we were having a service, and they threw a cylinder bomb into the church,” said Liliana, who was 4 at the time of the attack. “We had to run outside and hide under a bridge. Thanks to God, no one was hurt.” Her parents’ reaction showed their commitment to their work: They simply repaired the roof and continued to meet there for worship.

In the early 2000s, fighting between the guerrillas and paramilitaries grew so intense that the entire village was forced to relocate. Still, Liliana’s family moved with the villagers and continued hosting house church meetings.

But the FARC didn’t overlook Amelo’s defiance. One day in 2011, the pastor left his house as usual and never returned. Liliana, then 13, never heard from her father again.

While Amelo was no longer a threat to the FARC, that did not stop them from continuing their threats against his family. Guerrilla fighters entered their home and robbed them on more than one occasion, and they once sent the family a message saying they were going to burn them alive. 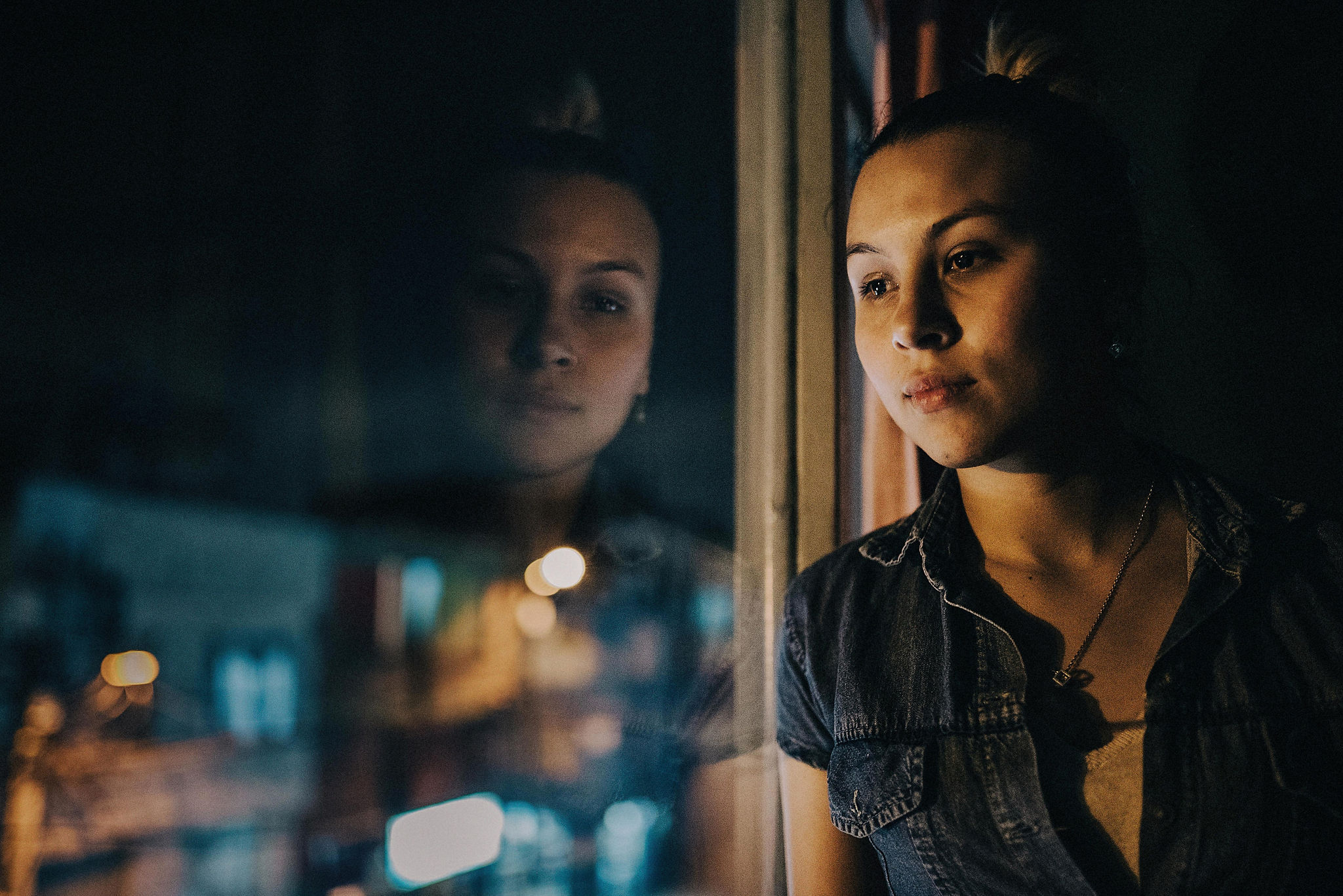 In the aftermath of Amelo’s murder, the family’s faith was fragile. They stopped going to church, and Liliana’s mother abandoned her faith completely for a time. “I came to the conclusion that God wasn’t real because I went through so much,” Christina said. Liliana’s older brother turned his back on God, too, while Liliana herself viewed God as a distant, silent actor who sat back and judged her.

The family had assumed the FARC was responsible for Amelo’s disappearance, and their assumption was confirmed a year later when guerrillas delivered a message to Liliana’s 17-year-old brother: “Join our movement. If you don’t cooperate, we are going to do to you what we did to your daddy.”

They fled in a panic, waiting until 1 a.m. to slip onto a bus headed for Bogotá. Once settled in the capital, they were depleted and scared, trusting no one. “When we first got here, none of us could talk,” Christina said. “We could only cry.”

They were shattered emotionally, physically and spiritually. “My mom was working all the time,” Liliana said. “The others came home from school tired. There wasn’t much unity between us.” Then, about six months later, they met with some VOM representatives, who listened to their story and offered to help.

The VOM workers invited them to move into a VOM-supported safe house, where they would receive spiritual support and time to recover without the pressure of rent payments. “It was super wonderful,” Liliana said. “[The safe house] was a time of coming back together as a family.”

Liliana’s family lived in the safe house for a year. The children attended school and enjoyed a time of rest and security with their mother, and the family received counseling from two dedicated pastors. In addition, they began attending services at the church that oversees the safe house, frequently hearing speakers from around the world talk about international missions work. Though Liliana’s family had served as missionaries in an unreached part of their own country, much of what she heard was new to her. “At that time, we didn’t know anything about missions,” she said.

After their year in the safe house, Liliana and her family were ready to move ahead on their own. When her older brother finished high school, VOM helped him get into a university, where he is studying biomedical engineering.

Liliana’s heart had been touched by a speaker who ministered to Palestinians, so when she graduated from high school, she had one request for VOM workers: She wanted to study missions and eventually go to Palestine as a missionary.

VOM arranged for Liliana to study at a discipleship school in Chile for six months, where, she said, God provided healing. “Many things I could not do before, because I was afraid,” she said. “And there was restoration in my relationship with God, in seeking Him, in communicating with Him.”

Her calling to Palestine also was reaffirmed during her studies at the discipleship school. “I felt an urgency for those people, for that nation,” she said. “My testimony, my life is going to help people.”

Liliana, now in her twenties, is spending the next year working at the discipleship school in preparation for life as a full-time missionary. Though the ground of faith had threatened to crumble beneath her feet after her father’s murder, today Liliana stands firmly on the spiritual foundation he helped build.

Get more stories like Colombian Church Planter, Father Murdered by FARC Guerrillas with a subscription to VOM's Award Winning Magazine