Many Muslims in Lebanon have suffered greatly at the hands of other Muslims during Syriaâs civil war, resulting in a new openness to Christ. Because Lebanon has a significant Christian population and its government protects the freedom of worship, it has become a safe haven for displaced Christians throughout the region. More than 1 million Syrian refugees have entered the country since 2012, increasing Lebanonâs population by nearly one-fourth. Despite the hardships, many evangelical churches in Lebanon have not only welcomed but also cared for Christian and Muslim Syrian refugees, who have limited resources and few rights in the country. Lebanese churches distribute Bibles and Christian literature alongside food and other necessities. Many Muslim refugees have bravely attended home Bible studies and church services to learn about Christ. Significant numbers have placed their faith in Christ, been baptized and become active in local churches. Some Christian converts from Islam are already actively witnessing to Muslims.

97 percent of Libyans are Sunni Muslims. 2 percent are Christians, including few evangelicals.

Various Islamic extremist groups, including Hezbollah in the south and other Shiite-majority regions, actively persecute Christians. Sunni extremist cells affiliated with the self-proclaimed Islamic State (ISIS), al-Qaida and other groups are active near the Syrian border. Christians are also persecuted by their communities and families. 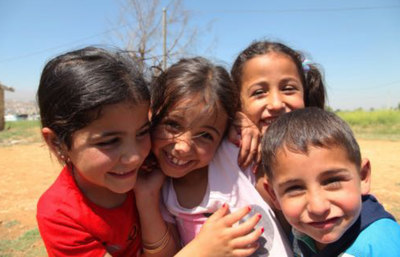 Lebanonâs urban areas are open and Westernized, but Christians outside the prominent cities and especially in the majority-Muslim areas face significant opposition and threat. Those born into Christian families are allowed to worship openly, but Christians face ongoing harassment from the Muslim majority, such as denial of land acquisition and increased tax rates. More severe forms of persecution occur when believers share their faith or when Muslims come to Christ. Christian converts from Islam are persecuted mostly by family and the community.

A variety of Bibles are available through Bible societies, local churches and bookstores. Give Bibles

VOM supports strategies that allow believers to gather for fellowship and teaching despite the extreme risks. We also support several evangelists and church planters. Give to VOMâs Global Ministry